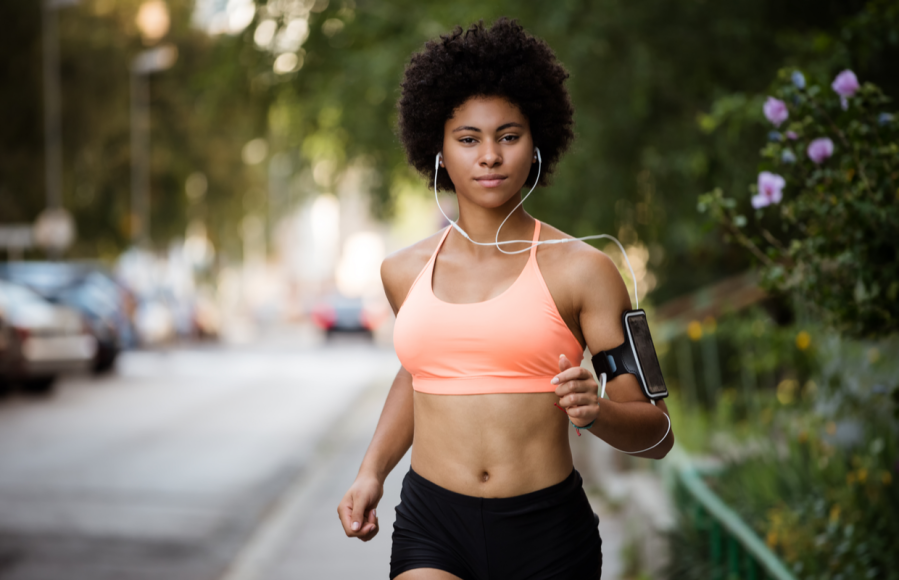 Running is one of the most popular forms of exercise, with its long list of mental and physical health benefits making it such a worthwhile pursuit. There really is no shortage of reasons to love going running, as we discover…

1. Running is a natural way to beat stress and anxiety

Research has suggested exercising for as little as 30 minutes is all it takes for endorphins to be released into your blood. These endorphins are your body’s own natural anti-depressants. ‘Endorphins will cause you to feel a short sensation of euphoria, also known as a runner’s high,’ says Dom Maskell, co-founder of fitness app RunBuddy.

Running also releases another hormone called norepinephrine, which helps control your brain’s reaction to stress. ‘Thanks to these two hormones, running is great for mental health and is known to reduce feelings of both depression and stress, as well as anxiety,’ adds Maskell.

Taking part in 150 minutes of moderate physical activity per week is estimated to reduce the risk of ischaemic heart disease by 30 percent, according to the World Health Organization. It can also reduce the risk of hypertension and stroke, only adding to the lists of reasons why running can be beneficial to your short- and long-term health.

And a study in 2011 published in the European Journal of Preventative Cardiology showed that aerobic interval training reduced blood pressure and improved heart function in patients with hypertension. 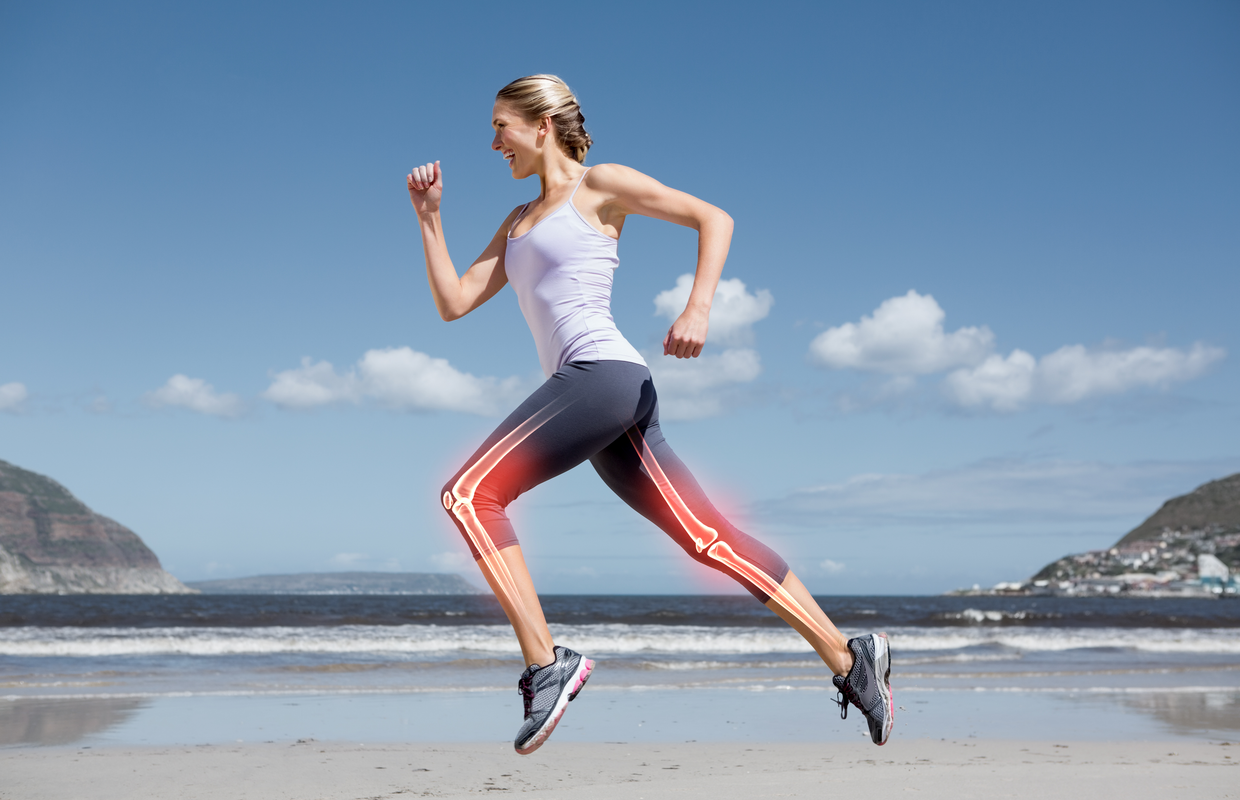 It’s not only your heart that’s getting a good workout – running also increases the strength of the bones in your legs, pelvis and spine, thanks to the impact. What’s more, the muscles, ligaments and joints around those bones all strengthen, too. ‘This can help prevent conditions such as osteoporosis, which causes bones to become brittle and weak,’ says Maskell.

While not everyone can squeeze in a run on after breakfast, running before work can set you up for a healthy day ahead. As you’ve started on a good note, you’re more likely to make healthier choices during the day when it comes to food.

5. Running can be sociable

From striking up a conversation with someone you regularly see running the same route, to joining anorganised running club or taking part in a parkrun, running can be a great way to meet new people.

‘There are also lots of virtual running groups that organise in-person events, such as Strava challenges and our own RunBuddy events – we’re planning two per month in London,’ says Maskell. With events all around the UK, there will be something for you to join where you can meet others and become part of a community. 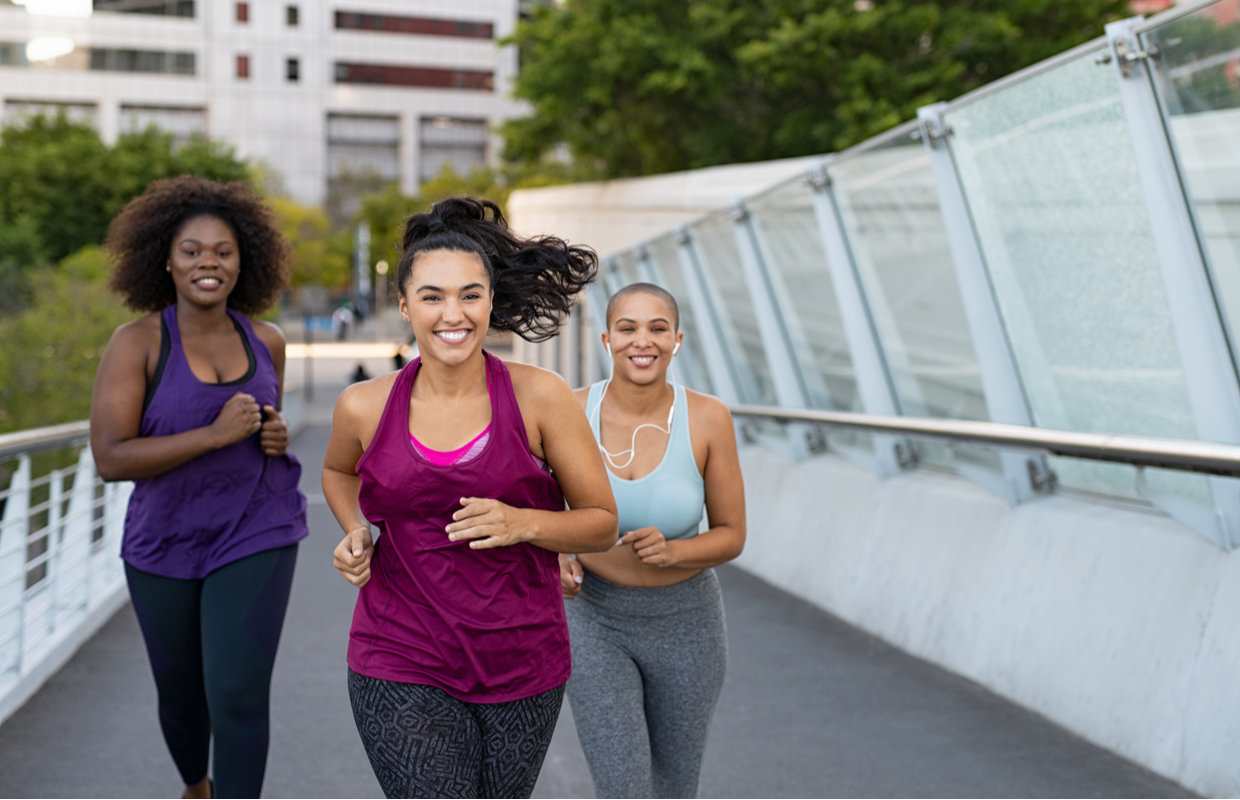 6. Going for a run can also be great for alone time

If the social aspect of running doesn’t appeal, going for a run can also act as ‘me time’ where you get away from your work, reconnect to nature and let the rhythmic movement of your legs, or the steady pace of your breathing, become a meditation of sorts.

‘Running gives you much-needed time to be alone with your thoughts as well as being free from screens,’ says strength and conditioning coach Nolan Sunnassee, founder of The FiTPLAN. ‘Our mental wellbeing is as important as the physical, and you’ll often feel so much more refreshed mentally after a run.’

There are numerous reasons running helps you lose weight. ‘Regular cardiovascular exercise increases the amount of energy you use,’ says Sunnassee. ‘With running, you create an immediate need, meaning your body utilises the easiest energy source – adenosine triphosphate (ATP).’

This phase only lasts around 10 seconds (it’s why 100m sprinters can go super-fast, as the athletes are in this instant energy source mode).  ‘Then, you switch to glycolysis, meaning you utilise stored sugars in your muscles – this can last 10-40 seconds. Finally, you switch into the aerobic phase where you’re using up oxygen.

‘The best way to speed up weight loss is to switch back and forth between the phases. For example, jog slowly to warm up, sprint for 10 seconds, jog for a minute or two, then do another 10-second sprint and repeat. This leads to greater energy expenditure, or “calorie burn” than steady-state running.’

Most of the time spent running (80 percent), you’re on one leg, which means you need asymmetrical balance. ‘Running is a series of single-leg movements, transferring weight from one leg to the other. The benefits of this are that you naturally improve your balance and co-ordination over time, both of which are important as you get older,’ says Sunnasse. 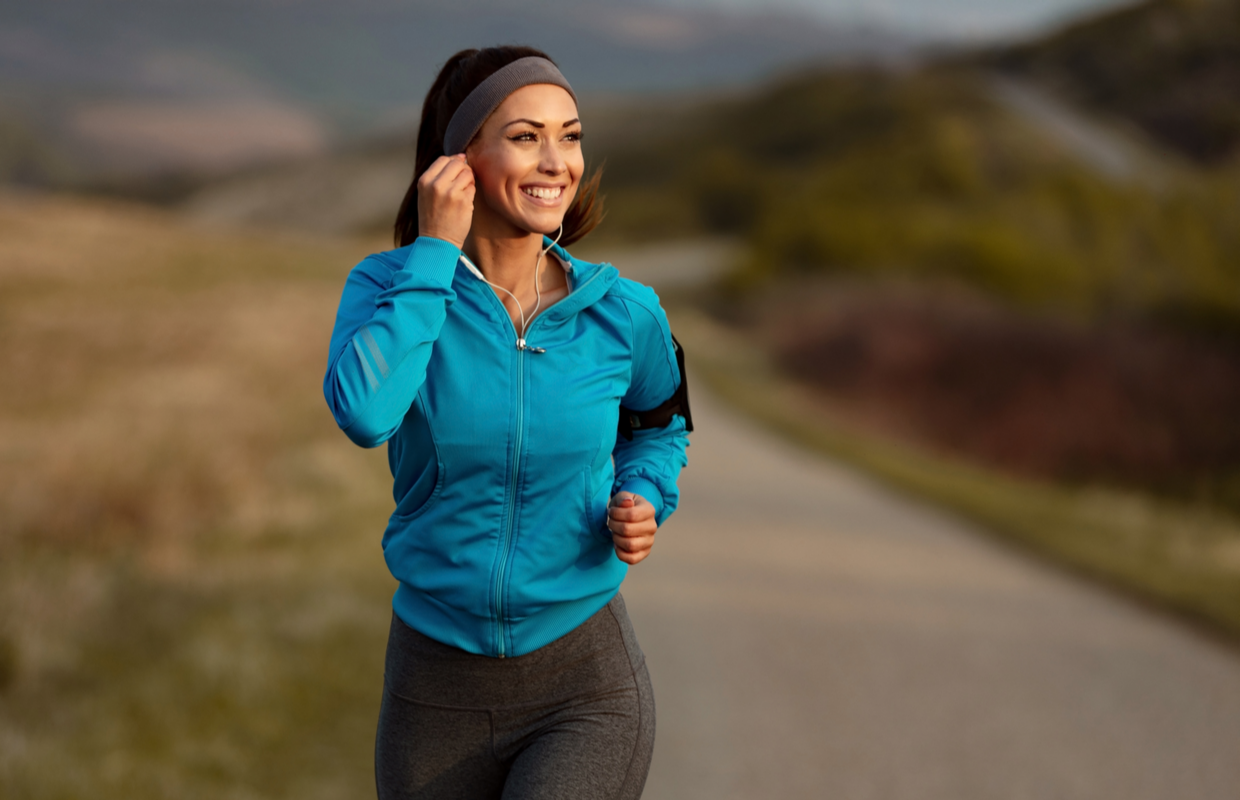 When you run, your legs are getting stronger by striking the floor each time you transfer your weight. The faster you go, the more you add load. ‘As you get used to running further, you build stamina but also improve your ability to repeat strength movements,’ says Sunnasse.

‘The benefit of this is having stronger legs, meaning if you wanted to go for a long walk, it would be easier to go further than if you had weaker leg muscles. Also, you’d find it easier to walk barefoot on sand, which is harder than being on a firm surface, as your muscles will be stronger.’ Do build up to longer distances, though.

Related: Fitness events 2022 – running, cycling and swimming races to sign up for