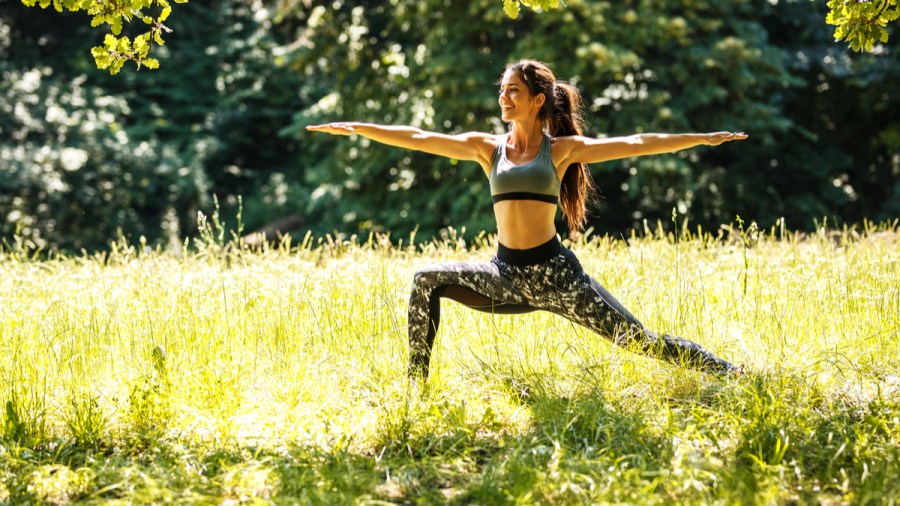 Suffering from the high pollen count? Looking for natural remedies for hay fever? Discover how to use yoga for hay fever relief, with these sinus-draining poses, immune-boosting exercises, and yogic breathing methods from instructor Eve Boggenpoel…

Just as the sun comes out and we actively want to be outside, hay fever season arrives. Not fun for those who succumb to a sneezing fit as soon as the leaves appear on the trees. Almost one-in-four Brits experience hay fever. Our rates are the highest in Europe (joint first with Sweden), and the fifth-highest in the world! Hay fever, or allergic rhinitis, is a common condition that causes sufferers to react to proteins in pollen. This increases histamine and inflammation levels, causing irritation to your nose, eyes, throat, and sinuses. While some people like to take antihistamines or use eye drops to help ease symptoms, others prefer natural remedies for hay fever. But did you know, some people use yoga for hay fever relief?

Is there any science behind using yoga for hay fever relief?

One small study published in the Asian Pacific Journal of Allergy and Immunology found significantly reduced hay fever symptoms and greater peak flow (how fast you can exhale, a measure of tight, inflamed airways) in volunteers who practised yoga three times a week for two months.

In India, another study found significant improvement in pulmonary function tests (which measure the amount of air inhaled and exhaled, plus total lung capacity) and decreased airway resistance (aka difficulty breathing) in the allergic rhinitis patients who practised yoga regularly. Ready to try yoga?

Beginner’s tip: yoga is not for the flexible, it’s for the willing. Dive into your practice and flexibility will follow. 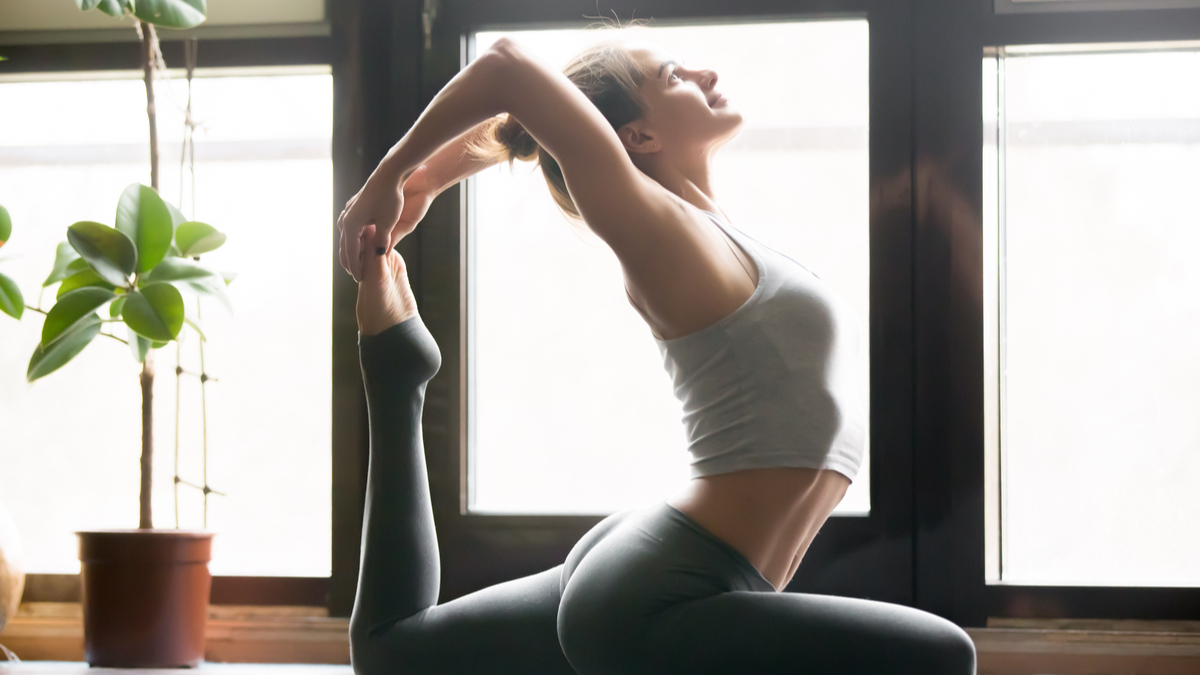 Practising any form of yoga can help boost your immunity, which will reduce your susceptibility to allergens, but you can use specific poses to target problem areas: 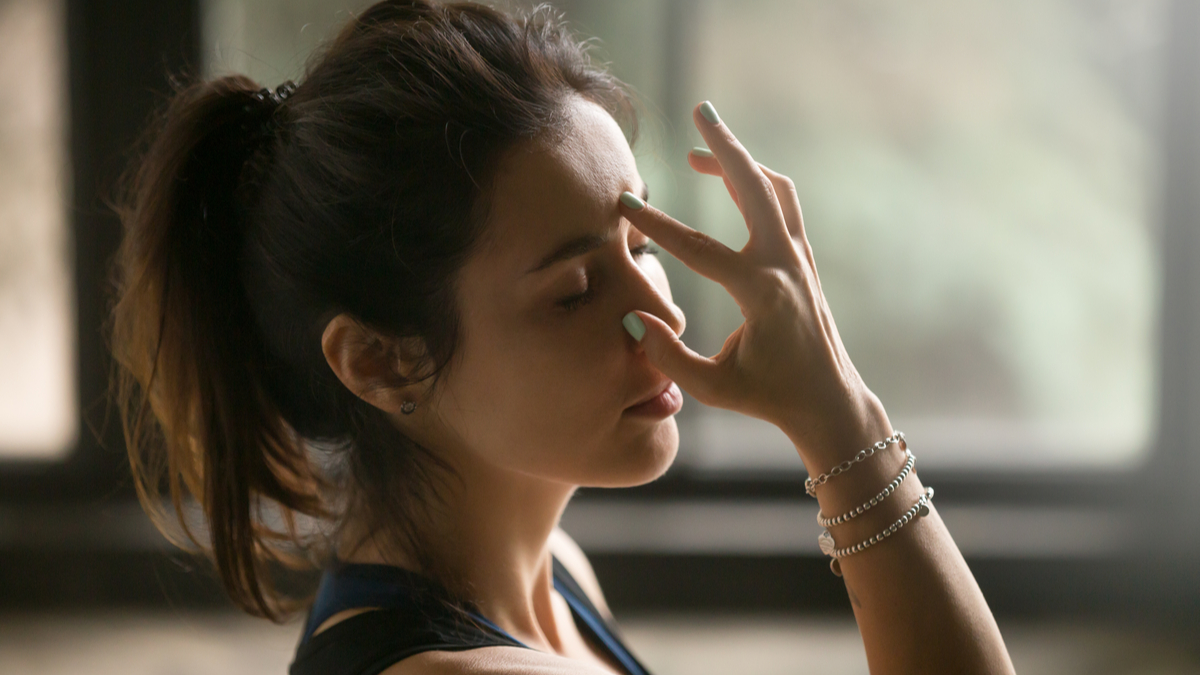 When your symptoms are focused on your nostrils, bellows breath and skull-shining breath can help as they have a cleansing effect on the lungs. And if one nostril is blocked, try alternate nostril breathing – this practice helps to balance the left and right sides of your body, clear congestion, and strengthen your respiratory system. Alternatively, if you’re experiencing most of your symptoms in the back of the nose or throat, spend more time on ujjayi breathing or humming bee breath. These methods help to move the energy into these areas, leaving you feeling mentally clearer.

Finally, if you’re feeling particularly brave, you might like to try the ancient yogic practice of nasal irrigation – flushing your nostrils with a saline solution. Not convinced? A study published in the journal Chest found nasal irrigation significantly reduced levels of histamine and leukotrienes. These are the inflammatory chemicals your body releases after coming in contact with an allergen. Yogis traditionally use a neti pot filled with a saline solution to flush the nostrils and temporarily ease breathing. 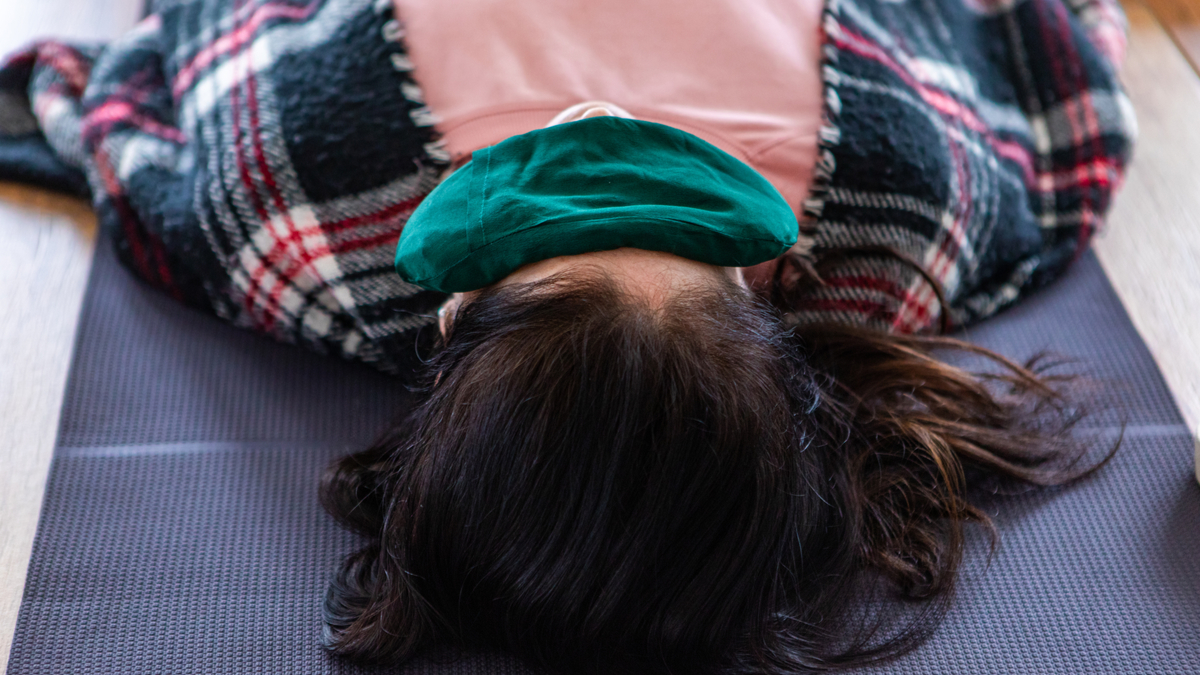 Tying a bandage around your head may sound extreme, but it has many benefits for your yoga practice and beyond. Along with cutting out light, its gentle pressure helps relieve muscular tension in the face, eyes, and back of the head. It also rests the eyes, soothes eye strain, quietens the mind, and enables you to relax more deeply.

Eye wrapping is linked to the yogic practice of pratyahara, the fifth ‘limb’ of astanga yoga, which was first described by the sage Patanjali in his book Yoga Sutras. The word itself means withdrawal from the senses, and it helps direct your attention away from the external world and connect with what truly nourishes you.

Traditionally, yogis wrap their eyes in savasana or during pranayama because it relaxes the eyes and keeps them still. To give it a try, start with just a few minutes and gradually increase the length of time in the pose as you become more comfortable with the experience. Rather than a bandage, you could use a silk eye-mask or a slightly weighted eye pillow. The light pressure on your eyes triggers a reflex that lowers your heart rate and regulates your mood.