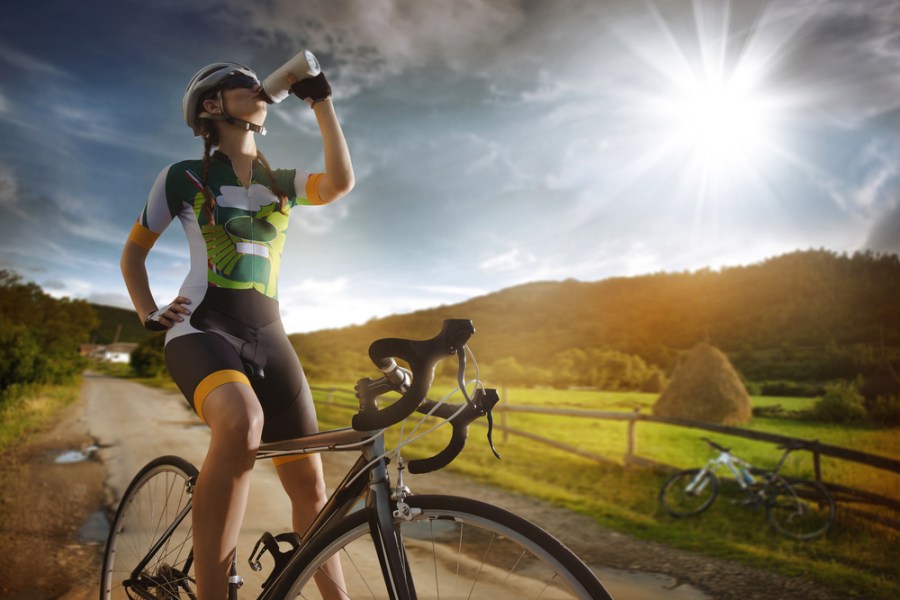 Tired of running a flat 5K around the block? Why not invigorate your exercise regime and experience unadulterated joy with some time on a bicycle?

‘I’m missing a trick…’ I thought to myself, spooning pureed sweet potato into my baby’s mouth, as I watched my husband, wearing full Lycra, prance off on a club ride one Saturday morning, only to return home at 2pm, having explored the rolling Surrey hills, his endorphins tangible. ‘I’m going for a run…’ I said, handing him the baby.

But while running is a truly wonderful pick-me-up, needs very little kit and preparation to get out the door, and you can be home and back within the hour, the prospect of a child-free morning on a bicycle, with a cake stop and coffee included, seemed a far more appealing package when it came to the childcare division of labour.

So, yes, I got a bike, I learned to ride with cleats, and then I joined a club.

And while the catalyst may have been the need to escape domestic duties, what keeps me pedalling all these years later is so much more than that. I’ve forged some of the deepest friendships while cycling, felt a sense of challenge and achievement like no other and I’ve solved problems, made plans, even cried on the bicycle. Cycling has been my escape, my sanity, my joy, and there are few things that can change my mood more than a few hours in the saddle. Of course, there are fitness benefits aplenty, and your creaking knees will thank you, but you simply cannot put a price on just how great you will feel when you’re hurtling downhill at 40mph with the wind in your face and the sun on your back.

So, what exactly do you need to get going on two wheels? I spoke to my panel of seasoned female cyclists to get the lowdown on their cycling beginnings.

‘I started with a hybrid bike, padded shorts and gloves, and I rode on my own along quiet country roads,’ says time-trial champion and club cyclist, Charmaine Pullen, 50. ‘To build confidence with cleats, handling, gears and endurance, I used to do a 14-mile round trip and just try to improve on my PBs and technique. Getting to grips with your gears can be a real game-changer. And riding with others on club rides; it took me to the next level, and I learned so much from fellow cyclists.’

But what if your age-old hybrid bike that makes a twice-yearly appearance from the shed is too heavy and not in the least bit confidence-inspiring on the road?

‘If you think, after riding your hybrid bike for a while, that you will really take to cycling, go to a proper bike shop,’ says Susan Walbrook, 47, who has been cycling for six years and spends the summer season racing. ‘Try a few saddles. There are special shapes for ladies. They make all the difference in comfort on longer rides. Also, get a bike fit before you end up spending money on a bicycle that’s not quite right for you.’

All-round fitness nut and passionate cyclist, Aude Alecks, agrees that being well prepared is important: ‘Do some research on specialist websites such as Evan Cycles, Chain Reaction Cycles and Wiggle, and it’s worth asking for recommendations from experienced cyclists. I bought my road bike online directly from the manufacturer, but I was ready because I received a lot of good advice beforehand.’ 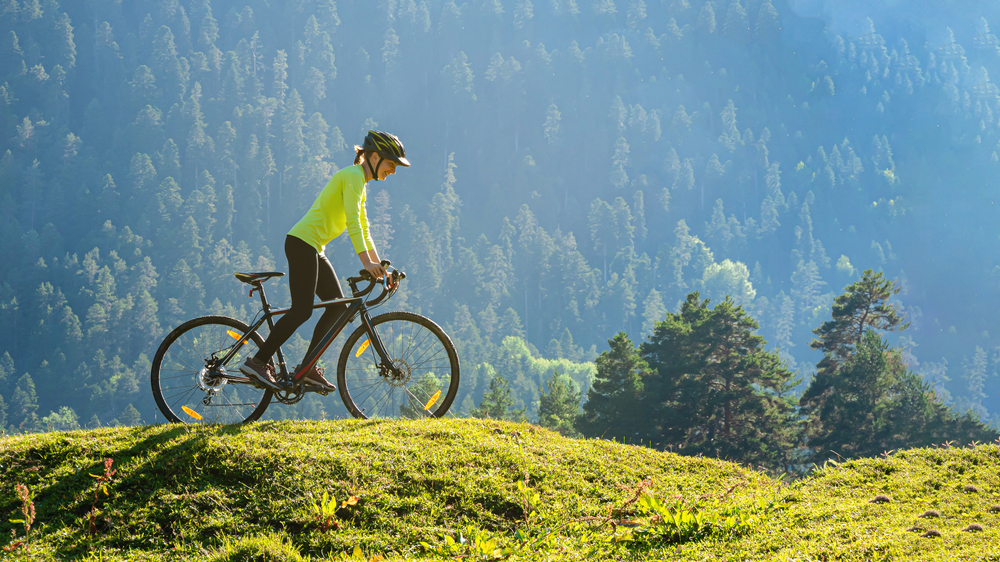 What about general road safety and navigating traffic? How do you grow in confidence on the road, avoid potholes and stand your ground as a cyclist? Many feel anxious about using cleats, others are worried about the weather and losing control on the bike.

‘If you’re nervous starting out, ride with someone who is confident and calm on the road,’ says Mira Berardo, 40, a sea swimmer, runner and cyclist. ‘My husband helped me get used to the traffic. I rode behind him on the roads, then only much later on did I start to ride solo. I also learned a lot from my more advanced cycling friends, who always gave me tips, like pointing out potholes, signalling and calling for cars or walkers on the road.’

Wearing cleats can put many off starting cycling, but the truth is you can just wear trainers if you’re afraid of falling off or, as I did for several months, clip in on one side only, leaving the other foot free to set down on the road when needed.

‘Even now, I make sure my cleats are very loose so that I can take them off easily, because I’m still afraid of falling over while I’m clipped into the pedals,’ says Alecks. ‘I also always make sure that I can hear all the traffic around me and look carefully before making any sudden movements.’

What about club riding? Is joining sooner rather than later a better idea, or vice versa? ‘I rode solo for the first three months as I didn’t think I was good enough to ride with a club, or anyone else for that matter,’ says Tour of Sussex racer, Zoe Bartlett, 45. ‘My local club, FVC, were supportive and kept trying to encourage me to ride with them. I eventually did. It’s mad how much easier it is riding in a group, and you make big improvements quickly, too.’ 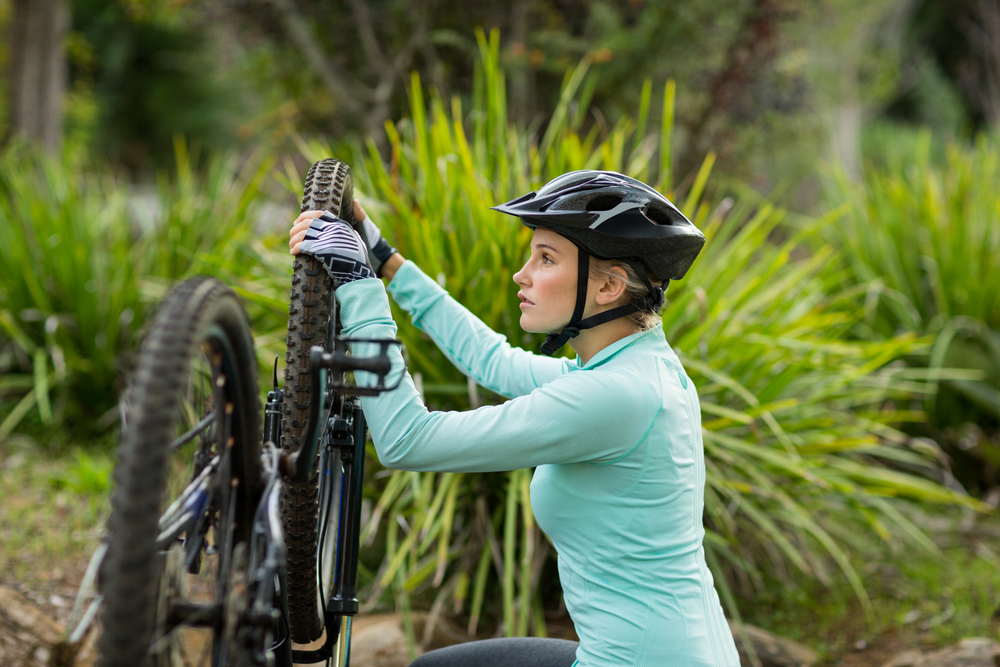 For many of the women I spoke to, cycling provided the ideal cardio workout, without putting too much strain on the joints. But just as important as the physical exertion, was the feeling of headspace they experienced when on the bike.

‘Going cycling is a good way to relax and deal with any issues you might have in your personal life,’ says Alecks. ‘It certainly does help to chill.’

‘Happy hormones all the way; the buzz after is amazing,’ says Berardo. ‘Cycling has helped me so much, especially through the lockdowns.’

‘My wellbeing has improved by 150 per cent,’ says Walbrook. ‘I love being outside for a few hours on the bike. You see so much of the countryside and you can have a chat with your friends as well.’

So, as the daffodils rear their pretty heads and the sun finally begins to shine again, why not switch your trainers for cleats and take in the scenery from the perch of your bike saddle? As the saying goes: ‘You can’t buy happiness, but you can buy a bike… and that’s pretty close.’