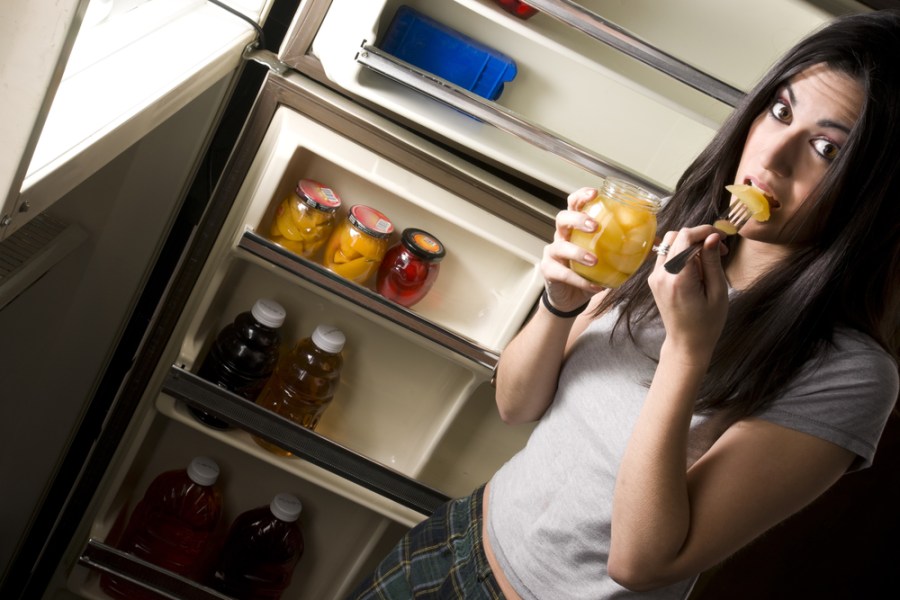 It’s often been said that losing weight means not eating too late, but some experts have said it’s total calories overall that matters. Is it OK to eat late in the evening? Nutritionist Angela Dowden reports.

If you Google ‘does eating late make you put on weight?’ about half the results will give you a resounding ‘yes’ and the other half a robust ‘no, that’s nonsense.’ Despite the headlines and what most of us believe, it’s certainly not clear cut that late-night eating is a recipe for disaster.

The traditional Mediterranean way of eating is considered to be among the healthiest and best for weight control in the world, yet typically involves eating late into the night. On the other hand, in America – one of the fattest nations in the world – most people eat in the early evening and restaurant kitchens often close at 9pm.

On a more scientific level, the research is conflicting too. In animal studies, it’s been shown that mice, who are normally nocturnal creatures, gain weight if they are given food out of hours (i.e. during the day), even though they don’t eat more calories overall. A small study involving nine people at Pennsylvania State University also found that compared to eating earlier in the day (between 8am and 7pm), late eating (between noon and 11pm) increased weight, insulin and cholesterol levels.

Experts with no axe to grind say that the science on timing of meals is still really preliminary and many of the human studies are small or flawed, which is why results vary so much.

‘Providing you eat less calories than you burn each day, you’ll lose weight, regardless of when you consume them,’ says registered dietitian Helen Bond.

It is also important to distinguish between normal day-to-day circumstances that preclude you eating earlier (like working late or putting children to bed for example) and out-of-control evening bingeing.

‘Night-time eating syndrome’ is a documented condition that is linked with obesity, and often depression, too. If you think you are affected by this condition – symptoms involve not being hungry during the day but raiding the fridge all night – a number of therapies, including cognitive behavioural therapy, are recommended, so it’s worth talking to your GP.

However, for the majority of us, there’s no need to worry too much. Eating not long before bed isn’t likely to harm your weight-loss prospects or your health if what you eat is healthy, balanced and a modest portion. The problem starts if this is coupled with eating erratically all day, such that by the time evening comes, hunger is out of control. This will not only make weight gain more likely but sleep impossible.

Aim to eat a healthy breakfast and lunch, plus a few appetite-curbing snacks – and your evening meal should be a smaller meal, making the time you eat it far less important.