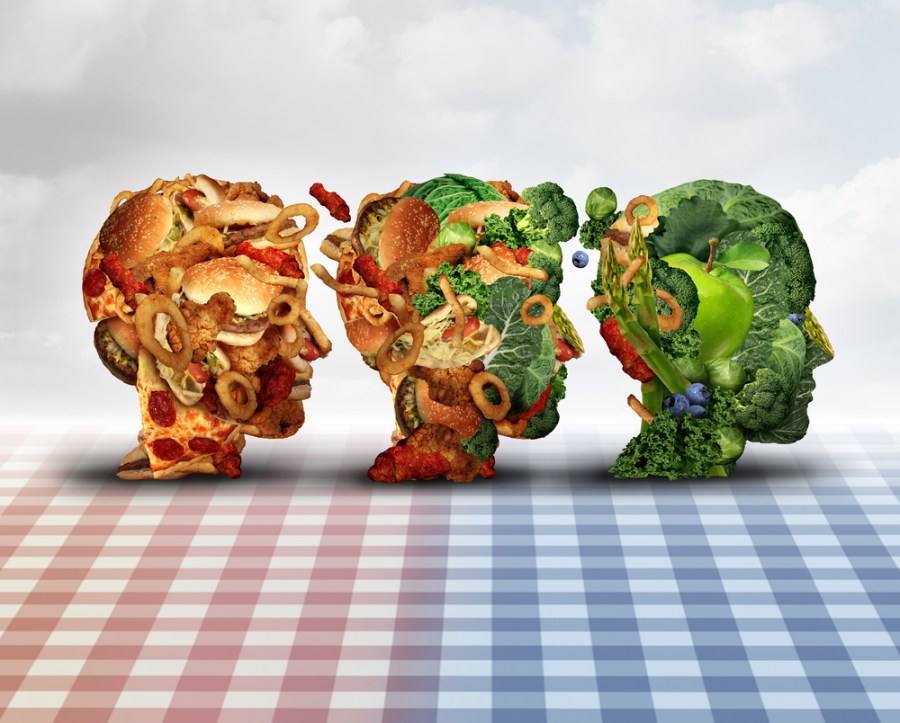 Slashing food intake to 800 calories a day, fasting twice a week or an outright ban on eating cake – a wave of quick-fix diets is coming at us right now. Faced with lockdown weight gain and a new obesity policy urging us to get in shape to beat coronavirus, it’s tempting to go quick and go big with our weight-loss resolutions.

A drastic regime, designed to reduce a morbidly high BMI in a matter of weeks, might be just what the doctor ordered while the virus threatens this winter. But, for most of us – especially when we want lasting change or just need to lose a few pounds rather than a life-threatening 20 stones – radical dieting will inevitably fail.

Sadly, a high percentage will dump their extreme diet before they reach their goal. Research also shows that even those who succeed are likely to find the weight creeping back within months.

‘Aiming for huge and rapid weight loss can seem appealing when you are desperate to change, but you will struggle to create lasting habits with this approach,’ says Linda Fogg-Phillips, health promotion director at tinyhabitsacademy.com

‘Unfortunately, setting a date and then opting for cold-turkey crashing change is less likely to bring permanent success because healthier habits are a slow burn. You make new habits best when they are small, achievable and when you feel good. A crash diet is so negative.’

Research led by Traci Mann, professor of psychology at the University of Minnesota, confirms this. Her meta-analysis of randomised, controlled diet studies shows people can lose weight initially, but most regain it in the long term. ‘It appears that weight regain is the typical long-term response to dieting, rather than the exception,’ she concludes.

Just why this happens isn’t clear yet, but one theory is that calorie deprivation rewires your hormones, metabolism and mindset so that it becomes almost impossible to continue eating less.

Instead, scientists studying habit formation now believe we should opt for a simple, but deceptively effective solution – micro-steps. Tiny daily changes that are so easy they can’t fail but which add up to huge change long term. The key is to set the bar so low, you simply cannot fail.

‘Taking a sip of water and waiting a few minutes before you snack to check you are truly hungry seems like the tiniest step – but it will have a knock-on effect,’ says Fogg-Phillips. ‘Celebrate your successes so your brain can associate the new habits with positive emotion.’ 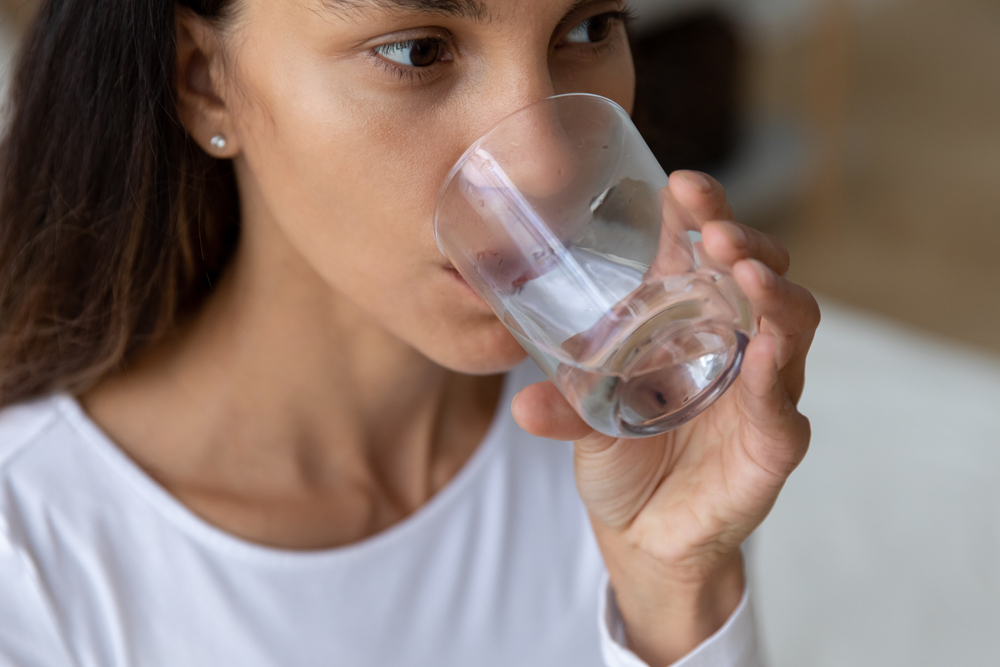 Make a shocking change and you’re sure to resist. Instead, it’s much easier to gently lure your mindset to get used to a healthier lifestyle with changes you barely notice. Indeed, a new paper from the Department of Experimental Psychology, at Utrecht University, in the Netherlands, says recent studies on habit formation show that the easier, more comfortable and rewarding the behaviour steps – the more likely they are to become a habit.

‘Start small and success leads to success. It’s so much easier to decide to serve salad or veg your plate first every day than to cut calorie intake in half,’ says Linda Fogg-Phillips. The idea is this will reframe your mindset to prioritising veg and make you less likely to eat unhealthier foods. It’s not challenging to do but it can pay huge dividends eventually.

Already popular in business, the Japanese philosophy of Kaizen from Kai (change) and Zen (wisdom) is now proving popular in the health industry. It espouses nano but continuous improvements. Committing to something for just a minute a day means you are making progress.

Life coach Carole Ann Rice from www.realcoachingco.com recommends making your first change minuscule if you are really feeling stuck and this can create a ripple effect.  ‘In the extreme, where you have an absolute block to change, even a tiny move like just looking at exercise gear you could buy is shifting your mindset,’ she says.

‘It doesn’t have to hurt to work. A huge detox or calorie reduction is too much of a shock. It may kickstart you, but it takes 90 days for the brain to create a new neural pathway so making small adjustments for good is more effective,’ she says.

Rice recommends keeping a diary. Choose a small, achievable habit such as going for a walk – then schedule it into the optimum slot when success is most likely. ‘Use positive language, for example say, ‘health rituals’ not ‘health regime’. Prepare ahead so it’s easy,’ she says.

Recently topping the New York Times best-seller list, James Clear’s book Atomic Habits: Tiny Changes, Remarkable Results suggests even a one per cent change you barely notice can compound. Eventually, you’ll end up in a much better place. He recommends taking whatever habit you are trying to build and scaling it down to just one small thing you can do within one to five minutes. 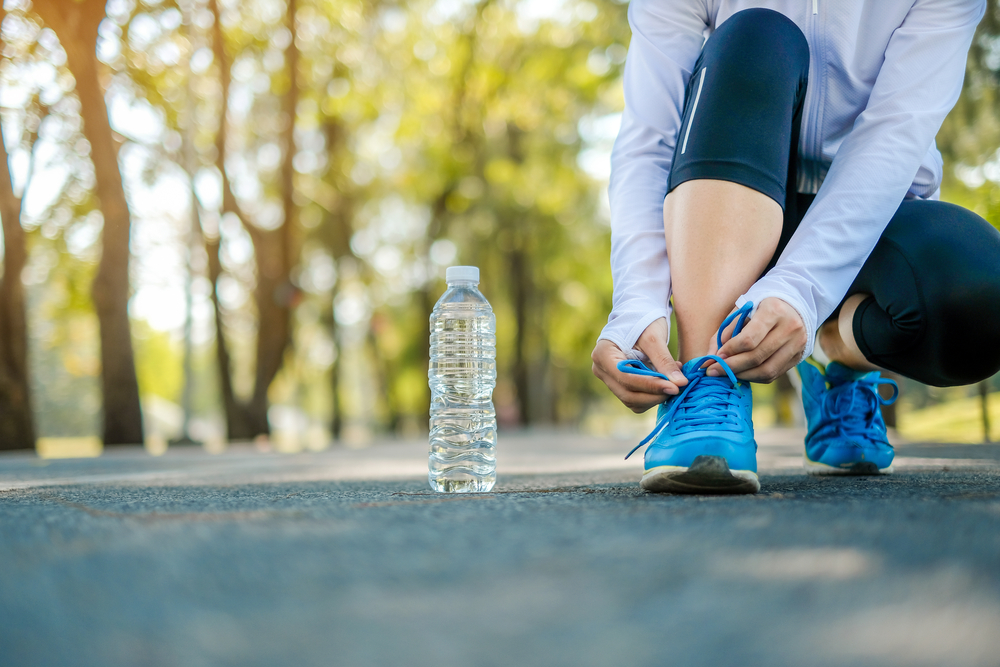 For example, if you want to write a novel scale that down to writing 100 words a day. Put a pen and paper on your bedside table and make a routine to write the words as soon as you wake up. If 100 words is too much, make it 50 or even 10. Look for something you can sustain.

This approach worked for B J Fogg, the behaviour scientist at Stanford University who founded The Tiny Habits Academy and now runs it with his sister Linda. He kickstarted his own health with micro-changes to his daily routine, each linked to an ‘anchor moment’ to remind him to do them – such as doing two push-ups after he’d been in the bathroom. It proved a proved a gateway into other healthier behaviours – eventually adding up to losing 20lbs over six months.

Joanne Henson, health coach and author of What’s Your Excuse for not Eating Healthily (WYE Publishing), says you need patience. A quick-fix plan can work if you stick to it, but the deprivation means you’ll drift back to old eating habits and your old weight.

‘Give yourself time. Look at things that aren’t working first and look for moments where you can implement small changes. Good habits take a while to form but bad habits take a while to lose too,’ she says. She usually recommends one tiny change a week. Six-weeks later you are likely to have six healthy new habits you can keep for life.

Many bad habits, such as eating past feeling full or snacking while you prep dinner, are mindless – so simply becoming more conscious of them can kickstart change.

Wall Street tech guru and author of Small Move, Big Change (Penguin) Caroline L Arnold, calls these tiny changes ‘micro resolutions’. If you’d like to lose weight, she says that simply taking notice of the times you habitually eat without awareness or enjoyment can flag up targets for micro resolutions.

Prepare your own food

Pinpoint when you eat outside of mealtimes, for example, and target one of them for a resolution. A micro resolution could be as simple as only eat a snack you’ve prepared yourself to ensure it is healthier and planned. Or resolve only to eat from your own plate, or only food you’ve ordered yourself.

The best success comes with bespoke micro changes that you can easily achieve. If you want to be more active deciding to walk to work every day sets you up for failure if it’s raining or you’re tired. Instead, say you’ll walk every other day. If it still too tough, reconsider and scale it down to just Mondays. Just make it achievable and then celebrate your success.

‘However much you are eating now, if you change one behaviour that results in eating less, you’ll lose weight. It’s all happening at the margin,’ suggests Caroline L Arnold.