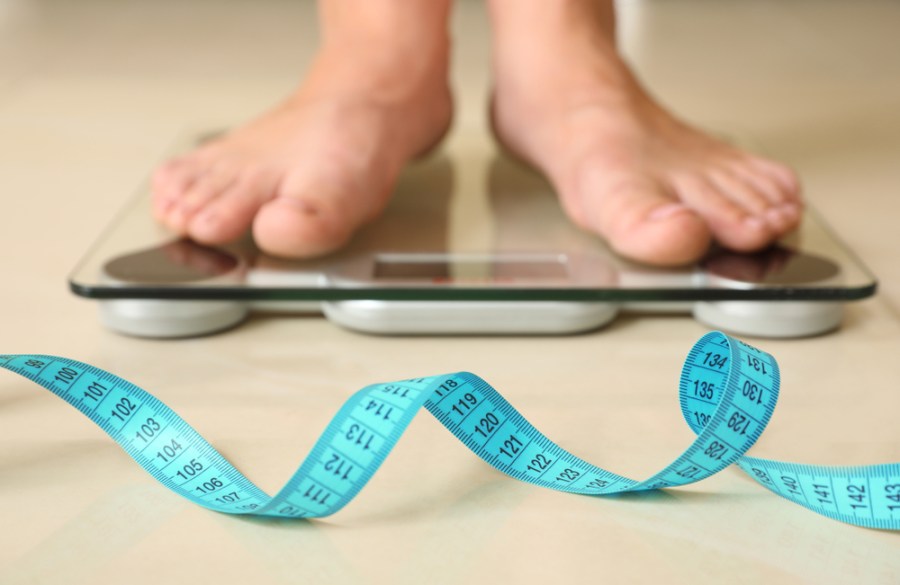 Most of us know someone who has lost weight and put it back on again, and that may even apply to you. How can you make sure the weight you’ve ditched stays off for good? Words: Liz Hollis.

While almost two-thirds of Brits are on a diet and plenty will lose a few pounds at first, research shows just a small proportion will actually succeed in shedding weight permanently. Some 34 million Brits embark on a diet annually, according to research analysts Datamonitor – but an astonishing 99 per cent pile the weight back on.

Slim for just a year

Just one in 100 dieters stay trim for more than a year which is when the weight usually starts creeping back on. By three to five years, the overwhelming majority of dieters who set out to intentionally lose weight, have regained all of it and many have gained extra pounds too.

‘It’s a challenge to keep weight off because we are just not very nice to ourselves’, says Aisling. ‘We are obsessed with focussing on the negatives, living in a society that promotes only one ‘perfect’ body that for many of us is unmaintainable or unrealistic.’

So just what does it take to be a successful long-term loser? An innovative study from the US called the National Weight Control Registry (NWCR) offers some clues.

Founded in 1994, it is still tracking more than 10,000 individuals who have shed significant amounts of body fat and kept it off for many years. On average, participants have shed 30kg each and maintained this for five years.

Participants were quizzed about exactly how they eat and live and what kind of changes they have made. Exciting evidence has emerged about some of their common behaviours –here seven things they do to keep the weight off…

1. Doing an hour of exercise a day

You will usually find long-long term weight losers in sports clubs. The NWCR study has found that, on average, long term losers exercise for about an hour a day.

A huge 94 per cent of participants increased their physical activity to help them lose weight. But ‘exercise’ does not have to be heart-pumping. Most participants in the study reported that walking was their main form of exercise.

Aisling Piggott says it’s crucial to focus on health as an outcome, rather than just wanting to look good – and taking up exercise can help with this. ‘Be body positive. Unfollow social media accounts that make you feel bad about yourself,’ she says. 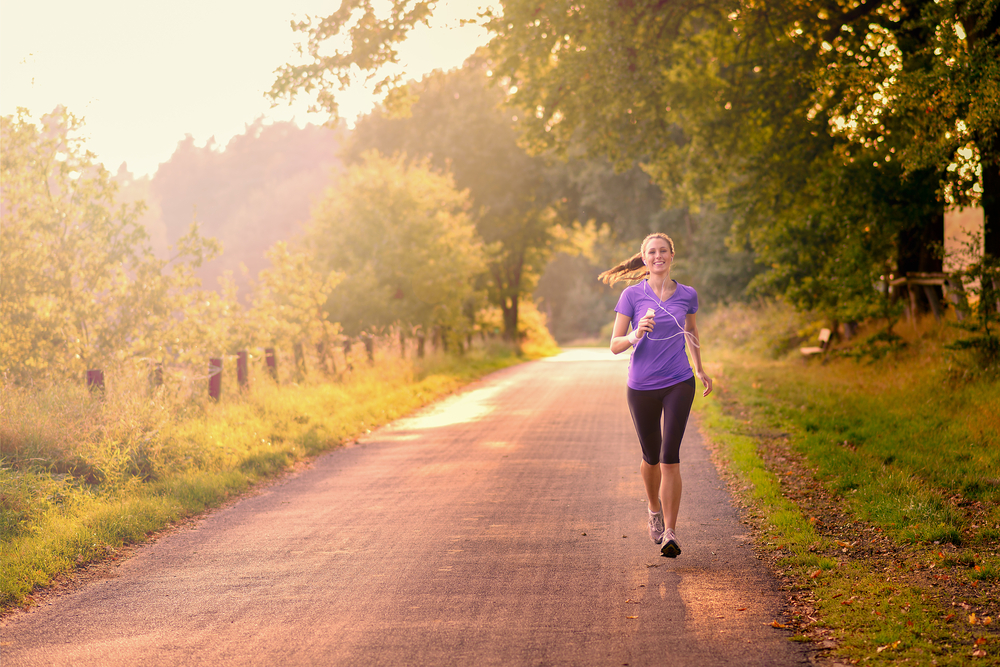 Successful maintainers of weight loss reported that they ate a low-energy, low-fat diet with most consuming around a quarter of their calories from fat.

Whether they lost weight on their own, or with help from an expert – what most had in common was watching how much fatty food they ate.

Aisling recommends focussing on nourishing foods instead of what you ‘can’t have’. Avoid restrictive language like this completely. ‘Find a way of eating that nourishes you, but fits with your lifestyle,’ she says.

3. Being careful with food at weekends

It might seem a good idea to keep tight control during the week and allow yourself to relax at the weekend, but research shows otherwise. Successful dieters ate in a consistent way each day – constantly monitoring intake and adjusting if their weight started to creep up.

A similar study monitoring successful dieters in Portugal found people were also one and a half times more likely to maintain their weight if they avoided overeating during holidays and weekends.

Success requires frequent self-monitoring. As well as checking how much food you are eating at each meal, weighing yourself regularly is crucial.

Around three-quarters of the successful dieters weighed themselves at least once a week and 36 per cent of participants reported weighing themselves daily. The frequent weighing was associated with a lower body mass index. ‘Consistent self-weighing may help individuals maintain their successful weight loss by allowing them to catch weight gains before they escalate and make behaviour changes to prevent additional weight gain,’ says the report. 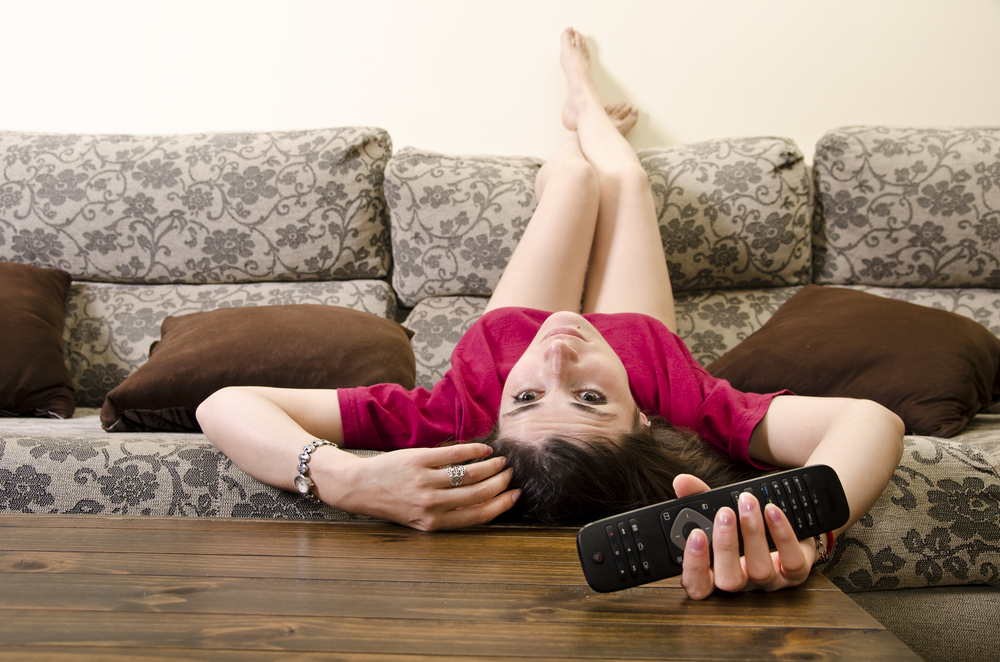 It’s pretty obvious that sitting around watching a screen doesn’t help keep you in shape, but the data from the NWRC is stark – cutting screen time is a must. Around 62 per cent of the successful long-term losers watch less than 10 hours of television per week.

More than a third of participants watched less than five hours a week and only 12.4 per cent watched more than 21 hours. This is in marked contrast to the average of around 30 hours per week watched by UK adults.

‘Individuals who are successful at maintaining weight loss over the long term are likely to spend a relatively minimal amount of time watching TV,’ says a report in the journal Obesity.

The popularity of fasting diets has seen breakfast go out of fashion. However, the data from the long-term losers shows it’s important, with 78 per cent saying they eat breakfast. One theory is that a healthy meal first thing sets you up for the day and reduces the risk of you reaching for unhealthy snacks mid-morning.

Studying what works long term and why reveals that, unfortunately, there is no fast fix. Instead, making long-lasting healthy changes, such as taking up exercise, will have more impact.

Aisling Piggott urges us to dump the quest for a magic diet solution. ‘I find that focusing on behaviours that people can maintain helps so that you are making a lifestyle change not going on a diet!’

If you manage to keep the weight off for two years, maintaining it does seem to get easier as you adjust to a new lifestyle. Achieve this milestone and the chances of longer-term success greatly increase.