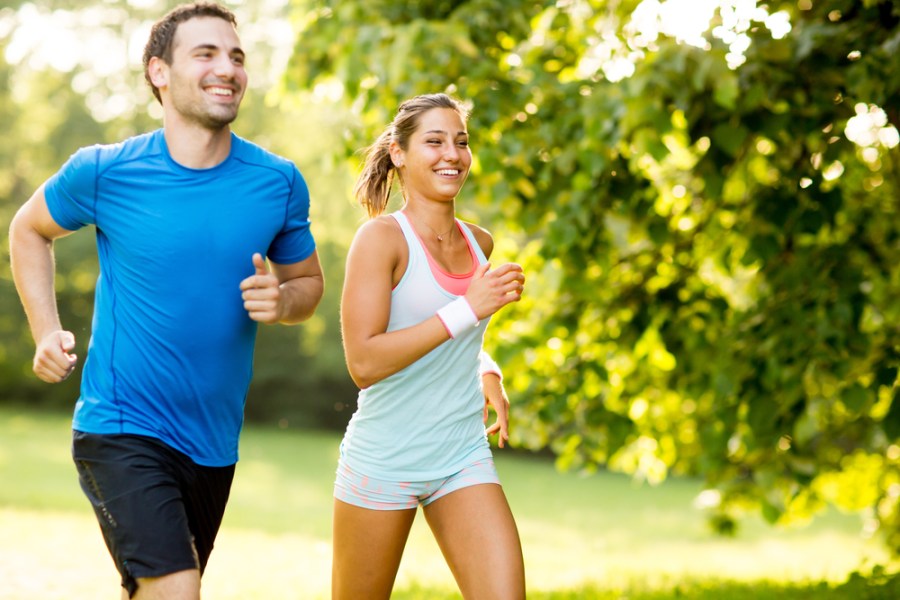 The study of 14,000 regular exercisers across 12 countries, found that more than a third (36 per cent) globally and 43 per cent in the UK are exercising more now than they were before the COVID-19 pandemic began – despite most sports being brought to a standstill by social distancing measures.

Meanwhile, figures from fitness-tracking app, Runkeeper, show that runners of every level are clocking up more strides, more often. During April 2020, the app saw a 667 per cent rise in registrations in the UK and a 105 per cent increase in monthly active users compared to the same time last year. It also reported a 98 per cent spike in the number of people in the UK heading out for a weekly run.

Yet the ASICS study also reveals that, for the majority of people, this activity surge is down to more than just physical health. Two-thirds (67 per cent) say exercise helps them cope mentally when faced with challenging situations like the one we are in now, while eight in ten (78 per cent) runners say that being active is making them feel saner and more in control. Some 82 per cent say running is playing a key role in helping them clear their mind.

Linda van Aken, VP Running, ASICS EMEA says: ‘Despite the lockdown and social distancing measures, exercise and running in particular have become central to many people’s daily lives. Our study’s findings prove that a run is much more than just a run, especially in times of crisis. It’s a way for people to put aside the mental pressures and challenges of this pandemic and feel free.’

Dr Brendon Stubbs, one of the world’s most influential exercise & mental health researchers, based at King’s College London says: ‘As one of the first multi-country studies, the results demonstrate that during lockdown, running has become a lifeline for many people to boost their physical and mental wellbeing. These findings support previous evidence which has demonstrated that regular exercise is effective to prevent and treat mental health conditions. Overall, the study by ASICS reinforces what we instinctively know: physical activity makes us feel better and never has there been a more important time to become active and experience the mental health benefits from movement.’

Furthermore, exercisers across the board are keen to keep their active habits going when this crisis is over. Nearly three-quarters of UK runners (72 per cent) say they want to continue running as much as they are now after the COVID-19 pandemic comes to an end, while six in ten (61 per cent) people who exercise regularly are determined to hang on to the important role sport and movement is currently playing in their lives. Perhaps most encouragingly, among those who only took up running after the COVID-19 crisis started, nearly two thirds (62 per cent) globally say they plan on sticking with it in future.

Linda van Aken adds: ’80 per cent of Brits told us they feel best when their mind and body are in balance – and never has that balance been more important than it is now. ASICS was founded on the belief that movement can help anyone achieve a sound mind through a sound body. So, with our products, services, and events, we want to help runners of every level go further, perform better and protect themselves against injury – both during this pandemic and beyond.’

ASICS’ goal is to support everyone to enjoy the mental freedom that running brings. Which is why ASICS aims to ensure every runner is running in the right shoe – for complete peace of mind.

Get Involved on Global Running Day

On Global Running Day ASICS is inviting everyone to #RunToFeelFree.

ASICS is encouraging people to share their post-run or post-workout picture on Instagram with how running or exercise helps them to feel free including #RunToFeelFree and tagging @ASICSEurope and a friend to do the same.