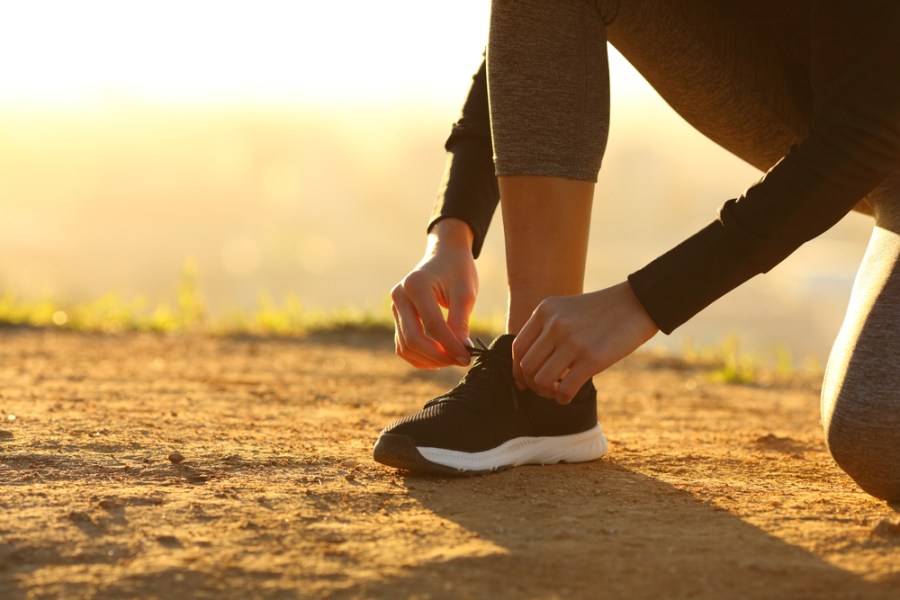 Signed up for a virtual marathon and now worried you won’t be ready? What you do in the last four to six weeks before race-day will be key to your performance says Christina Neal.

Got a virtual marathon coming up in less than two months? As race day begins to approach, you may be questioning your ability to complete the marathon distance. Mild panic may be setting in if you feel that you’ve not done enough. It’s certainly too late to make any huge strides (pun intended) in training volume between now and race day without risking injury, so what should you be doing in the next four to six weeks? How can you ensure that what you do is going to benefit your performance on race day and not leave you exposed to injury risk or fatigue?

Running coach Nick Anderson, founder and owner of Running With Us and UK Coach for Saucony, says: ‘Most good marathon training plans typically have their longest marathon training run around three to four weeks out from race day,’ says Nick. ‘Then the long run starts to get shorter in those final few weeks, which is the beginning of the taper. You shouldn’t really go much further than three to three and a half hours for your longest run. For some people, this will mean they have easily run 20 miles or maybe more. For a five-hour marathon runner, there’s a danger they may have run only 17 or 18 miles and they may be wondering whether to do more.’

It’s always better to turn up the slight line refreshed and slightly undertrained than overtrained and fatigued. ‘If your longest run three or four weeks out is around three and a half hours or somewhere between 18-22 miles then you should arrive at race day ready to run. Race day is your best long run.’

‘Whatever you do you must arrive at race day fresh,’ says Nick. ‘The runner who is only 90 per cent fit and 100 per cent fresh will always outperform the runner who is 110 per cent fit but overtrained. We know your body doesn’t make any further fitness gains in the last two weeks. It becomes a game of protecting what you’ve got, and you have to accept where you are. Remember that the marathon is built over 12 to 16 weeks of consistent running, it’s not built into suddenly cramming in two or three weeks of training.’

Other types of training sessions

Don’t underestimate the value of other types of training sessions such as threshold runs and even cross-training. ‘All of that adds up on race day to give you a marathon result,’ Nick says. ‘It’s not about these long runs that people panic about all the time. I would even be bold and say that the last ten miles of your marathon don’t really come from your long runs. It comes partly from your long run, but it actually comes from doing the right running consistently over the weeks and your threshold running.’

Nick recommends two types of running sessions that will benefit you on race day without necessarily putting you at risk of fatigue or injury – threshold or progression runs.

Threshold – a session you do every week where you run at three to four-word answer pace for specified blocks of time with recovery in between at a more moderate pace. ‘It’s about an eight out of ten intensity in terms of perceived effort,’ says Nick. ‘You can speak three words but can’t speak a full sentence when running at that effort. In the last six weeks, you could do four by five minutes of threshold or four by six minutes of threshold and if you get to the point where you can do three by ten minutes of that type of running built into an hour, that’s going to have as much physical and aerobic build as spending time doing a long run.’

Progression run – ‘Go out and go runs where the pace gets tougher,’ says Nick. This could mean:

While it’s tempting to focus just on your training, don’t forget about your shoes. Don’t change them too close to race day. ‘In those last two or three long runs, at least one, if not a couple of runs should be done in the shoes you plan to run in on race day,’ says Nick. ‘Don’t line up on race day in a pair of shoes you’ve done all of your marathon training in that are going to be tired and have lost their cushioning and support. If you are going to get a new pair, get them five or six weeks out from the marathon, do a couple of key runs in them and then wear them sparingly up to race day so that they feel good. If you have had no injury problems and the shoes have felt good, then get another pair exactly the same.’

Nick Anderson is a graduate in Science & Management of Health & Fitness, a UKA Level 4 Endurance Coach and manages GB squads at events such as the World Half Marathon Championships. Visit Running With Us for more information.