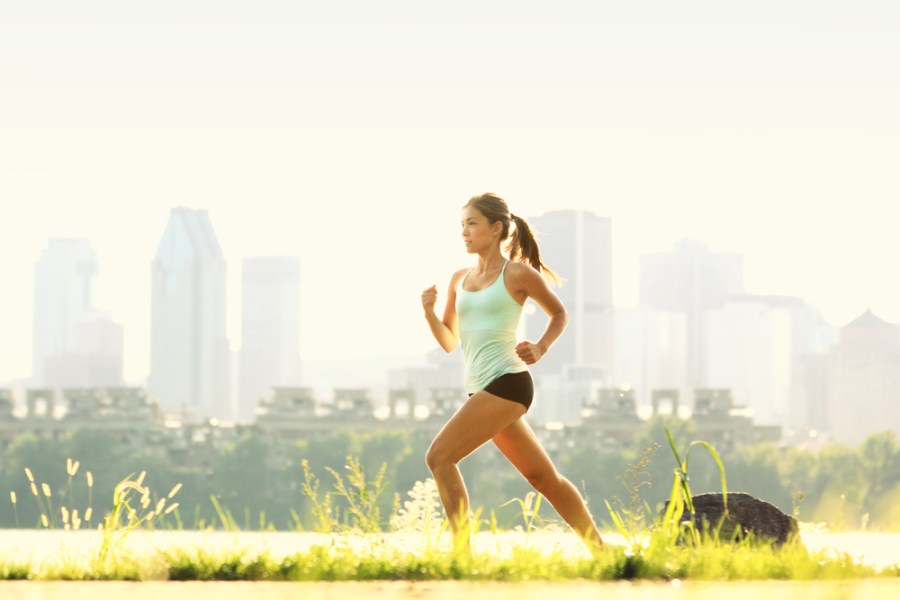 Bored with your running? Christina Neal has some suggestions for how to make your training sessions fun again.

When you first started running, you might have found it a bit of a challenge. Then as the weeks and the months went on, you realised you were starting to feel fitter. Running felt easier and you become stronger. You started to enjoy it. Then you realised that there were other benefits that came with running. The chance to switch off and calm your mind. The chance to solve problems in your head. Time on your own, without anyone else making demands on you. The euphoric feeling at the end of a run. You woke up one day and realised you’d become a running convert. You may have even surprised yourself in the process.

If that all sounds familiar, you’re not alone. Running can be hugely addictive if you stick with it long enough to feel the mental and physical benefits. But it’s also easy to get to bored with it if you don’t mix things up. Running the same route at the same time and not introducing any variety into it can lead to boredom and a feeling that you’re not making any progress. So if you feel like you’ve lost your running mojo recently, here’s how to get it back.

Don’t go out and plod the same pavement or path every time you go out for a run. That may have suited you in the beginning when you wanted to see how far you could go, but now that your fitness has improved, it’s time to mix things up. Run on different surfaces and take on different routes. If for instance, you run three times a week, one of your runs could be a hill route, another could be a street-based route, and another could be around a park.

Change your pace and intensity

If you stick to the same pace you will not only fail to get fitter but you will get bored. It will become too easy. Have a session at least once a week where you push harder and challenge your fitness. Try one of the following sessions:

Intervals – run at a moderate intensity for a minute, then run at a faster pace that pushes you and repeat.

Hill sessions – run up a hill as hard as you can, jog back down and then repeat.

Fartlek sessions – meaning ‘speed play’, these sessions are unstructured and involve random bursts of speed. Run fast, run slower, fast again and keep varying the pace. Unlike intervals, you don’t have to structure the sessions – just do them in a random fashion.

Run with someone else

In these times of social distancing, this may not be the easier thing to do but if you were running with a friend or members of a running group before lockdown, chances are you may be missing the companionship. If you can, run with a member of your household for company once a week. If your partner or family member isn’t a keen runner, then see if they would be prepared to cycle alongside you and keep you company one of your runs.

Set yourself a target

Decide you’re going to run a 5K or 10K distance in a faster time. Even if you decide just to shave one or two minutes off your current time, it’ll be progress and something to aim for, so that when races are able to resume again, you can go on to achieve a personal best in an event.

Try an out and back run

You may be listening to the same tunes on your phone or your MP3 and will be surprised by how much more motivated you can be when you change the music.

Run without a gadget

If you normally run with an Apple watch or similar gadget, do one naked run once a week where you run without anything to monitor your speed or distance. Just run for fun. Don’t worry about pace or how many calories you might be burning – just run for the fun of it and you’ll find you’ll enjoy it so much more. When the pressure is off, you can just have fun.