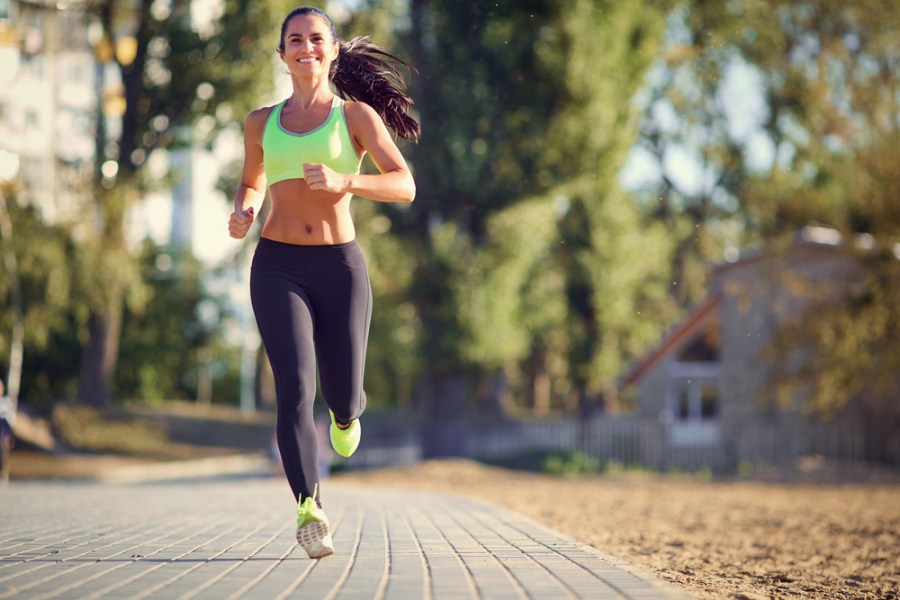 Running is one of the few pleasures (and sports) still allowed during this national quarantine. Dominic Bliss suggests ways you can maintain your form during the lockdown.

Nelson Mandela was a man who knew a thing or two about isolation. Before his 27-year imprisonment, the future South African president spent many years evading apartheid government authorities. While on the run in 1961, he hid in a friend’s tiny apartment in Johannesburg. Although Mandela was keen to maintain his fitness, his friend told him if he went running on the streets in a white suburb he’d be arrested immediately. What was Mandela’s solution? ‘I would wake up at five, change into my running clothes and run on the spot for more than an hour,’ he wrote in his autobiography Long Walk to Freedom.

Under the coronavirus quarantine, we’re not quite at this stage of incarceration. But there could come a time soon when even a solo run in the park becomes impossible. Like Mandela, we need to adapt to circumstances as they change.

Some cities are closing their parks. The National Trust has shut its gardens and parks. Even our enormous National Parks are asking visitors to stay away. But there’s still plenty of green space for us to run in, as long as we remain responsible and practise social distancing.

For many of us, trail running is solitary sport anyway. Head off the beaten track and you’re unlikely to expose yourself to coronavirus. But it’s worth remembering a few tips: avoid congregating with other runners, on a trail bottleneck, for example. Don’t touch gates, fences or street furniture with your hands – use gloves, sleeves or elbows instead. Avoid touching your face while running. (The latter isn’t easy, especially if you’re sweating.) While regularly exercise is good for your immune system, bear in mind that, after very intense or very long runs, your immune system can be temporarily weakened.One advantage of solo running over group running is the chance to engage in a spot of mindfulness. There’s no clear-cut definition of what running mindfulness is, but most agree the following helps:

Running with your dog

Social distancing doesn’t mean you have to leave your four-legged friend at home. According to the World Organisation for Animal Health, ‘there is no evidence that dogs play a role in the spread of this human disease or that they become sick’.

In fact, you and your canine training partner may become such an efficient team that, once the virus outbreak is over, you might decide to enter one of the hundreds of dog-and-owner races staged all over the UK. Race organisers include CaniX (canix.co.uk), Maverick (maverick-race.com) and Dog Jog (dogjog.co.uk), although all events are obviously cancelled or postponed. All breeds (of dog and owner) are welcome.

Running to the supermarket

If government rules get really strict, even exercise in public may be curtailed. But one outing we’ll all be permitted is a trip to the pharmacy or supermarket for essential supplies. And there’s no speed limit for that. So why not run there and back? Take a good rucksack with you – preferably with a strong chest-strap. As long as you stay away from others, you can even build in a more circuitous route to give yourself a longer workout. The route home is sure to be more demanding than the route there. (Depending on how much loo roll you buy.)

Train in the garden

You don’t need a huge back garden to stay active. Take the example of Frenchman Elisha Nochomovitz. Under lockdown, and more than a little restless, he decided to run a full marathon, 26.2 miles back and forth on his seven-metre-long apartment balcony. ‘It was about launching a bit of a crazy challenge and bringing a bit of humour, to de-dramatise the confinement situation,’ he says. Full respect to the man.

Understandably, since he had to about-face every seven metres, he was nowhere near his PB: six hours and 48 minutes was the time he clocked. He quickly lost track of the number of laps he was running but, fortunately, his pedometer measured his progress. His girlfriend, meanwhile, kept him topped up with fluids and M&Ms. Although not everything went to plan. He said he felt nauseous and worried his neighbours below would be driven crazy by the endless pounding of his feet.

If you’re lucky enough to have a garden space larger than Elisha’s balcony, then make the most of it during your confinement. Try shuttle runs, sprinting to one end of the garden, and jogging back. If you have enough space, why not trace a jogging circuit around the perimeter of your garden? Or if you have just the tiniest of outdoor spaces, take a leaf out of Nelson Mandela’s book and do high-knee running on the spot. After 20 reps of 30 second intervals (with 30 seconds’ rest between each interval), you’ll feel like you’ve done a lap of the park.

Not for bungalow-dwellers, this one. But if you live in an apartment or a house, it’s perfect: use the stairs for your workout. Simply run to the top, and walk back down, as many times as you can. Stair running has even become an official sport, although it’s normally practised on the stairwells of skyscrapers rather than in residential houses. Many of the world’s tallest and most iconic buildings have staged races, including the Empire State Building in New York, Tower 42 in London, the Eiffel Tower in Paris and Taipei 101 in Taipei. Leading race organisers include Vertical World Circuit (verticalworldcircuit.com) and Towerrunning World Association (towerrunning.com), with races regularly staged worldwide. Most of this year’s races have obviously been cancelled or postponed.

Suzy Walsham used to be a leading light on the Towerrunning Tour. ‘Tower running is a mixture of strength, speed, endurance and lactic acid tolerance,’ said this Australian athlete who wouldn’t be seen dead in a lift. ‘For the shorter buildings, in Europe, it’s more about speed and strength, while for something like the Empire State Building, it’s more endurance and strength.’