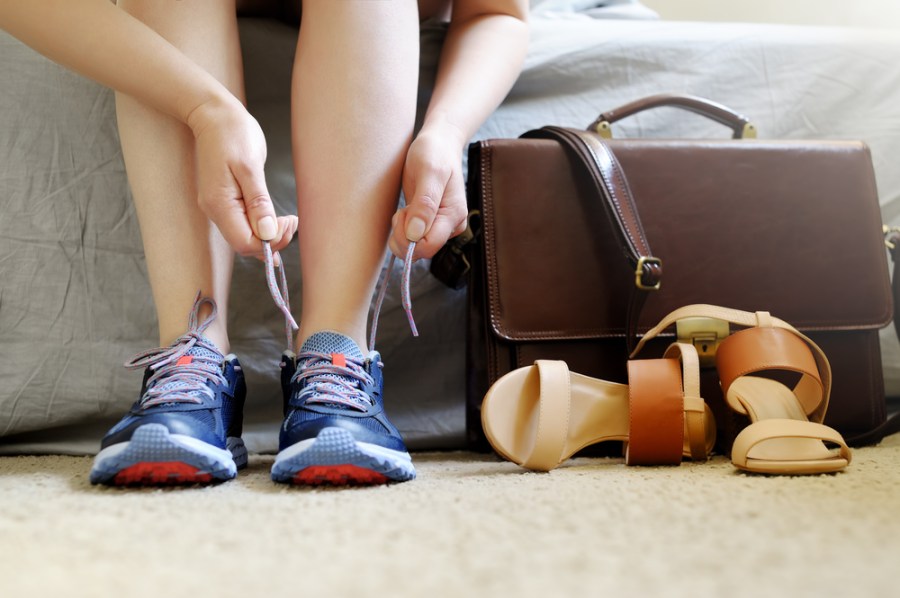 Employers could help staff reduce their risk of heart disease by 15 per cent if they introduced specialised exercise bikes to the workplace, according to new research.

The University of Stirling-led study found that staff who cycle for just 18 minutes per week could realise health benefits – which also include improved fitness and reduced risk of type 2 diabetes.

As part of the research, exercise bikes were introduced to office settings and volunteers were asked to cycle for 8 minutes 40 seconds twice a week – a fraction of the 150 minutes of moderate exercise recommended under government guidelines. The novel exercise routine – known as reduced-exertion high-intensity interval training (REHIT) – allows participants to wear their work clothes and avoids the need for a post-workout shower, due to the low sweat response.

Dr Niels Vollaard, of the University’s Faculty of Health Sciences and Sport, led the study – conducted prior to the COVID-19 pandemic – alongside colleagues from Swansea University and the University of Cairo.

Dr Vollaard says: ‘Many people do not perform enough exercise and, therefore, are at increased risk of developing diseases including heart disease and type 2 diabetes. One of the most commonly reported reasons for not meeting physical activity recommendations is a lack of time – with people leading busy lives, spending long working days sitting at desks, and commuting by car.

‘Our team have spent the last eight years looking at alternative exercise routines to help people reap the health benefits of exercise in less time. REHIT involves easy pedalling on a stationary bike, interspersed with two short bursts of high-intensity cycling. It is time efficient and perceived as being manageable by our research participants.

‘Prior to this study, this approach had only been tested in laboratories – however, we have now confirmed that it can be successfully implemented in an office setting.’

Twenty-five previously inactive office employees from local authority offices in Stirling and Swansea were recruited for the research. Thirteen of the volunteers were allocated to the exercise group, while the others formed the control group, who continued with their regular lifestyle.

The research used CAR.O.L bikes, which differ to regular gym bikes by enabling users to reach their own maximum exercise intensity for very short durations. They were set up in the workplace, out of view from colleagues, and participants completed two sessions a week for six weeks. Each session lasted for 8 minutes and 40 seconds and combined easy pedalling with two short bursts of high-intensity cycling.

A measure of general health

Maximal oxygen uptake (VO2max) – a measurement of the maximum amount of oxygen a person can utilise during intense exercise – was recorded at the beginning and at the end of the six weeks. Importantly, VO2max is the best measures of a person’s general health and their future risk of developing heart disease or type 2 diabetes. The team also collected information on the volunteers’ thoughts and feelings towards the exercise routine.

‘We found that the REHIT routine was effective at improving the general health of the research participants,’ Dr Vollaard explains. ‘VO2max increased by around 10 percent, compared to the control group, which equates to a risk reduction for getting heart disease in later life of 15 percent.

‘Based on previous research, we would expect that continuing with the REHIT routine would improve VO2max further – again, further reducing the risk of heart disease. We also found that participants considered the routine achievable, acceptable and enjoyable.’

Due to the COVID-19 pandemic, the research team acknowledges that employers may be reluctant to introduce workplace exercise in the immediate future – and any move to do so would have to meet hygiene and social distancing guidance. However, they believe their findings provide an important insight into the possibilities that could be considered as workplaces return to ‘normal’.