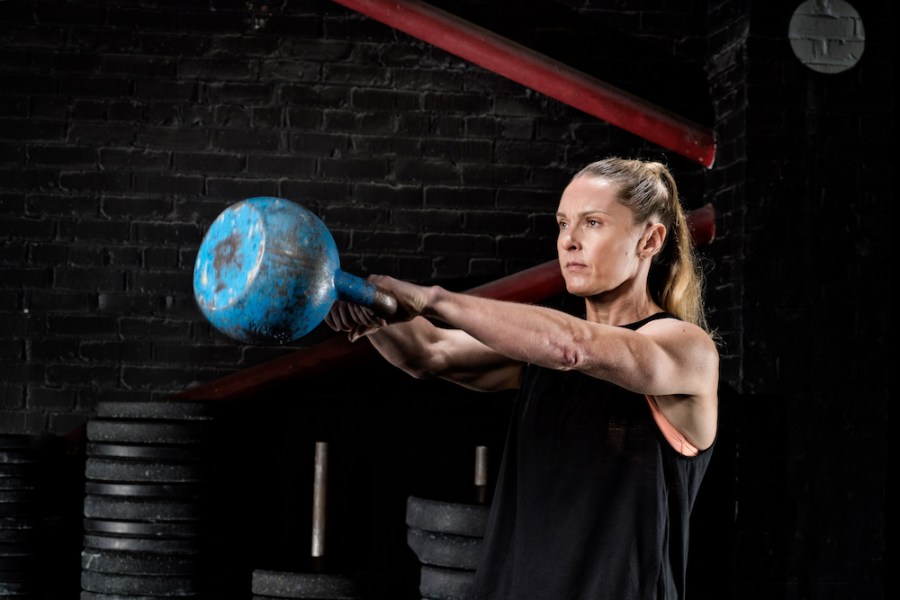 The former fire fighter-turned-CrossFit superstar talks about overcoming adversity to become a champion and her determination to stay at the top of her game. Interview: Jo Ebsworth. Photos: Mark McDermott.

‘Growing up, I played a lot of sports and was very competitive, always wanting to be faster and stronger than the boys. After university, I became a firefighter and trained hard to carry all the equipment myself. I also played football semi-professionally until taking up amateur-level triathlons and duathlons aged 26. I was good enough to represent Great Britain in my age division but not to go professional so, to get stronger and fitter, I tried CrossFit in 2009. My first workout involved running, pull-ups and kettlebell swings and, while it was exhausting, I instantly fell in love with the training methodology and community, soon training mornings and afternoons on my days off.’

‘I began entering small events and winning, quickly reaching a regionals event in Sweden where I came second to qualify for my first CrossFit Games in my first year of training which was a real shock! I had the base fitness already and the grit that comes with being a firefighter; I just had to develop the skills needed to perform across a variety of disciplines including sprinting, weightlifting, strongman stuff like lifting atlas stones and gymnastics, which I was particularly shaky at.’

‘Competing at my first games in a packed stadium in LA in July 2010 was like nothing I’d experienced before, but I knew it was where I was meant to be. I finished 19th and immediately decided I was going to be in the final next year. After 12 months of dedicated training, I came fourth in the 2011 games. But then I broke my kneecap (not the worst injury I’ve had) and had to pull out of the 2012 games. I was 30 at the time and convinced I wouldn’t be able to win CrossFit games at that age. Then, I decided if I could come back from injury, I’d leave the fire brigade after 10 years of service and train properly as a professional athlete. I went on to win the games in 2013 and was crowned “the fittest woman in the world” so I made the right decision. These days, I’m known as “The Engine from England” because I tend to win most of the endurance events and beat a lot of the men!’ 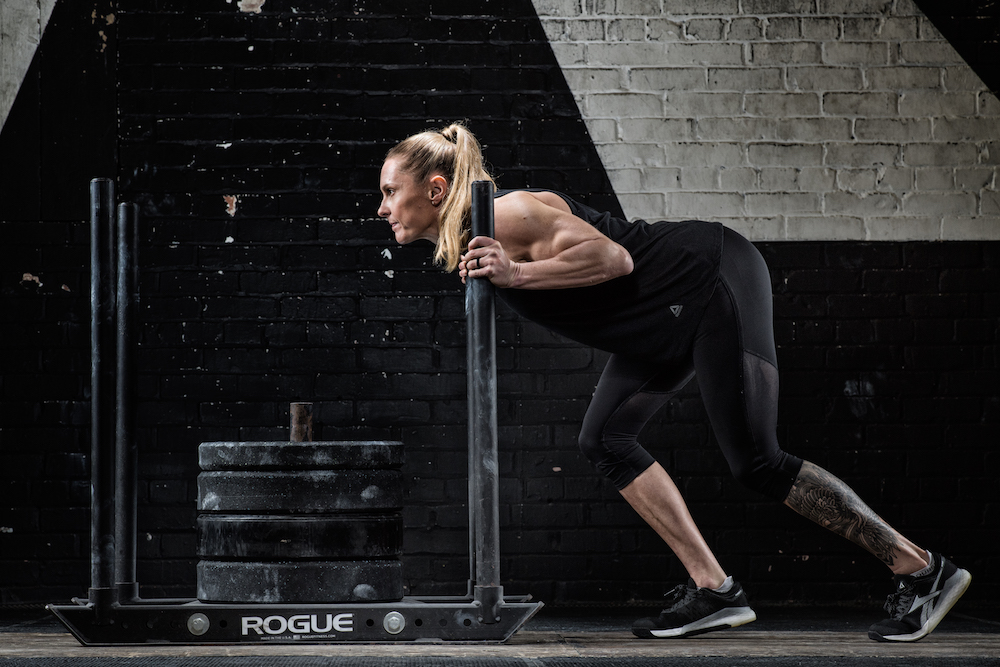 ‘I wake up naturally between 7-8 am, eat a breakfast of eggs and porridge with peanut butter, then do an hour of mobility work before my first 90 to 120-minute training session in my home gym built in the garage during lockdown. After another meal, I’ll go to the gym for my second workout (I’m staying in the US to ensure travel restrictions don’t prevent me from competing in the next games in September). Then it’s more food, and a third home workout three days a week before dinner and recovery time where I’ll walk the dog and read a book. I try to make sure I’ve finished my last session by 6:30 pm so my body has enough time to settle before sleep.’

‘I use a meal prep company for all my meals because if it were left to me, my food would be so boring. I eat a plant-based diet through the day as it’s easier to digest and I can get back to training quicker. In the evening, I’ll have chicken or salmon, and my favourite meal of the day is my bedtime protein pancakes with hazelnut spread at 8:30 pm. I’m normally in bed by 9:30 pm. As an older athlete, I’ve found I need a good 10 or 11 hours of sleep a night.’

‘I’ve qualified for the games this year as a 38-year-old among all the young guns and I’ll be the oldest competitor. In my earlier CrossFit days, it was all about getting on the podium and being the best of the best. Now, it’s more about seeing if I can still hang with the best. I still love competing and pushing myself far harder at events than I can do in training. CrossFit is always so much fun because it’s so varied. There are always areas to improve on and you’re always learning. I’ve also got to travel the world, and the community is so welcoming you never feel alone.’

To find out more about Sam Briggs, read her memoir, Start Your Engines: My Unstoppable CrossFit Journey (£20; Ebury Press). 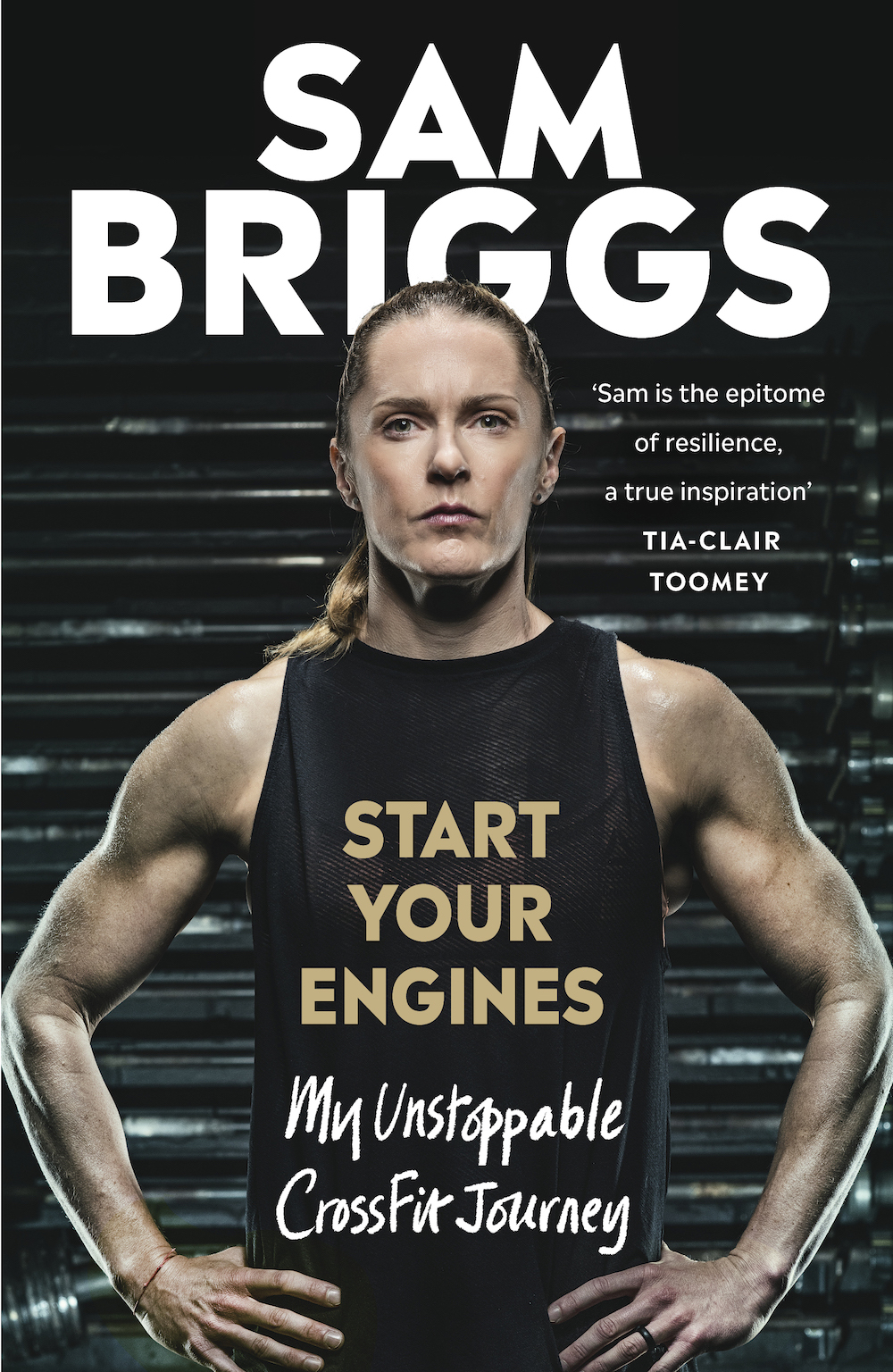